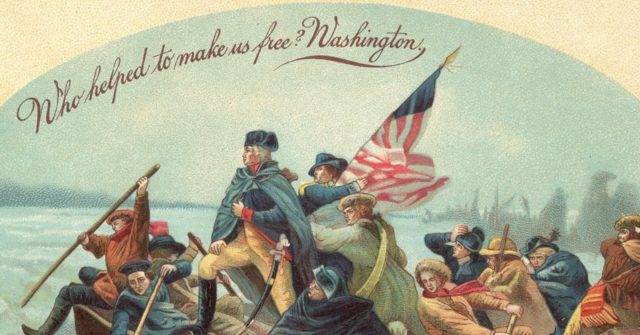 The Minnesota Department of Education has released its first draft of K-12 Social Studies Standards for the Next Ten Years, a proposal that omits most significant events in American history and instead focuses on “racism. systemic “and the oppression of the” marginalized “throughout the history of the United States and Minnesota.

All Disorganized can be viewed here. It includes the following standards:

17.6.2 Define political, economic, spatial and historical perspectives and apply them to border disputes and genocide that occurred in the past in the territory that is now Minnesota.

17.9.3 Explain the social construction of race and how it has been used to oppress people of color and assess how social policies and economic forces provide systematic privileges or oppressions to racial / ethnic groups related to access to social, political, economic and spatial opportunities.

17.9.4 Assess the impact of spatial decisions on policies affecting historically marginalized communities of color and Indigenous nations and take action to affect policies.

18.7.1 Define freedom and democracy, and examine how different groups have been included or excluded from ideals throughout American history.

18.9.6 Describe the tactics used by the United States government to claim Indigenous and Mexican lands, including, but not limited to, an analysis of the ideology of Manifest Destiny and its relationship to whiteness, the Christianity and capitalism; and analyze the strategies used by Native Americans and Mexicans to respond to American colonialism. (Example: Louisiana Purchase; Multiple Treaty Negotiations with and Wars against Indigenous Nations and Indigenous Alliances; Negotiated Annexation of Texas; US-Mexican War.)

18.9.7 Describe the content, context and consequences of the 13th, 14th and 15th Amendments and assess the successes and failures of Reconstruction, including successful efforts to deprive Black Americans of their newly liberated civil rights, ensuring relate this story to discrimination and inequalities that persist in the present.

21.5.1 Describe how rivalries among European nations and their search for new opportunities fueled expanding global trade networks and, in North America, colonization and colonization as well as the exploitation and genocide of Indigenous peoples and the theft of indigenous lands.

22.9.1 Develop a respectful awareness of how ideas and norms about gender have changed over time, and how members of the LGBTQ + community have responded to persecution or marginalization by forming coalitions to promote gender equality / equity.

Like the “Raise Our Standards MN” campaign, an effort by the public policy organization Center of the American Experiment, observed, which is particularly surprising in the draft is what it omits:

The campaign added that the Minnesota Standards Review Committee is proposing to replace these major events and aspects of U.S. and Minnesota history with:

Catrin Wigfall, Research Fellow at the Center of the American Experiment, examined the proposed draft, noting that 5,000 comments were submitted to the Standards Review Committee by parents and citizens through the campaign’s website, which contents the letter expressing concern over the elimination of major events in US history and characteristics of civic education.

Wigfall wrote of the response to comments received from committee members:

“Committee member Danyika Leonard asked if the committee should just do some sort of ‘select remove all’ to comments submitted by 5,000 Minnesota residents,” Wigfall added.

Recordings of committee members making these statements may be heard here.

John hinderaker wrote At Minnesota-based Powerline Thursday, standards and dismissing the concerns of those with opposing views is “a classic of leftist bureaucratic arrogance.”

“[T]they pledge to promulgate a new set of benchmarks in accordance with a law, they solicit comments from the public in accordance with the legal requirement, then ignore the views of the public and continue their far-left agenda, ”he said. -he observes. “We see this pattern all the time.”

Wigfall said the Center will continue to monitor the standards review process and report on future drafts.